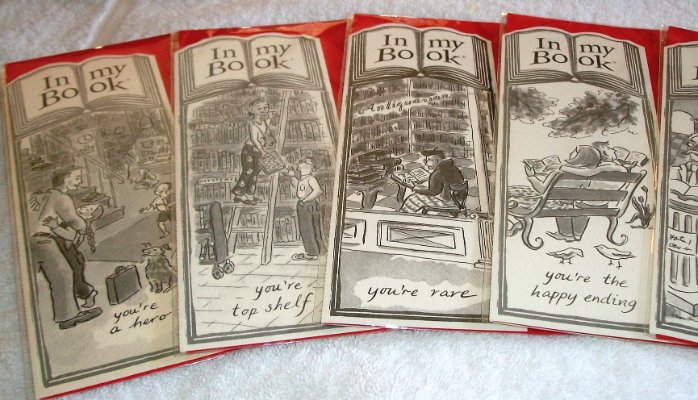 Robin K Blum founder of In My Book® started a new chapter in 2000, at the age of 50, as a first time entrepreneur. In the late 90’s Robin was working part-time for a children’s book publisher, raising her two school aged boys and engaging in many and varied interests including plenty of travel with her husband, an international lawyer. By all accounts a great life, but as her 50th birthday approached she felt an increasingly powerful calling to venture out on her own.

According to Gallup’s analysis of baby boomers 8 of 10 start a business as a lifestyle choice or to increase income. In Robin’s case it was all about being in a position for her needs to finally take priority, an opportunity to spread her wings and exercise her independence. Over a period of weeks in 1999 Robin’s business concept came into focus. Driven by her love of reading and the power of losing yourself in a great book, she decided she would develop something that independent bookstores could sell … a different type of bookmark. The precursors of In My Book® were a few handmade bookmarks given to friends and relatives on their birthdays, usually along with books. The bookmark soon expanded into a greeting card, and the concept and format of In My Book® was born. A line of literary greeting cards with envelopes, that perforate to become long-lasting bookmarks.

Robin’s story can’t be fully appreciated without a note on the book industry at the time and the cosmic shift (impact of Amazon and e-books) that has taken place in the intervening years. In the mid 1990’s, the infancy of on-line book selling, there were over 4000 independent bookshops and two major book chains in the U.S. By 2012 that number had been more then cut in half with the survivors in many cases just holding on. As for the chains, Borders was out of business and there was much speculation on Barnes & Noble’s continued survival. Between a low retail and high production costs, Robin will be the first to admit that delivering a profit has been elusive and it has been a tumultuous ride to be sure. With that said as she enters her 17th year of business she continues to have no regrets.

Here are 5 of the many positives that Robin’s business has delivered:

I asked Robin, if given the opportunity would she do it all over again and without hesitation she replied in the positive. So yes for many 50+ would-be entrepreneurs the opportunity to support retirement income is important, but do not short change the many other benefits that forging your own way can offer.

On a side note at Book Expo America last month, the American Booksellers Association announced that for the seventh year in a row, its bookstore membership has gone up, to 1,775 members operating in 2,311 locations, up from 1,401 members operating in 1,651 locations in 2009. The lion’s share of these are independents, says the ABA: in 2015, sales for independent booksellers were up just over 10%, and are remaining strong in 2016. With that said Amazon continues to dominate U.S. book sales with a total marketshare exceeding 25%.

If you are a lifelong book lover like myself I encourage you to to check out Robin’s site. Her’s is the perfect complement when gifting a book. Let us hope that the rebound in independent bookstores will translate to a return to growth and profitability for In My Book® .

As President of Your Future Reimagined (YFR) Coaching and Consulting, I help professionals/executives successfully transition to enjoyable and enriching retirements.